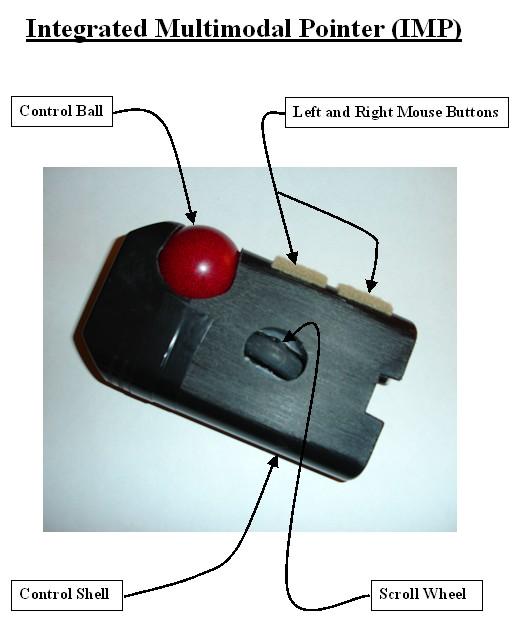 A multimodal pointer method, comprising an elongated, graspable, control shell which has a rotatable, multi-axis control ball encoder positioned so that it may be used in multiple modes, with a minimum of two function keys that can be used in all modes. The device may either be used at various orientations in-air, or be used in-air against a surface, or may be used downward on a side on a surface and used as a mouse, or be alternately used upward on a side as a trackball, and, in a preferred embodiment, may be used upright on its base, or on a cooperative static or dynamic, surface or suspension base stand which introduces other cooperative features. The method further comprehends the incorporation of a second, front or side-mounted pointer device, typically a single-axis wheel encoder or a multi-axis auxiliary control ball encoder, and other programmable switches, and may be used either wired or wirelessly using incorporated or intermediately connective data transmission components.

For information on licensing the IMP patent, please Email: JixisGMS@aol.com